Origin Chinese Zodiac – Why cats and rats are sworn enemies!

Many stories and legends tell the origin of the Chinese zodiac or Chinese horoscope (shēngxiào – 生肖), but the most well-known (and also most fun) one states that the Jade Emperor invited the entire animal kingdom to partake in a tremendous race! The first 12 animals able to cross the river, would be assigned to a year of the Chinese zodiac system in order of appearance. 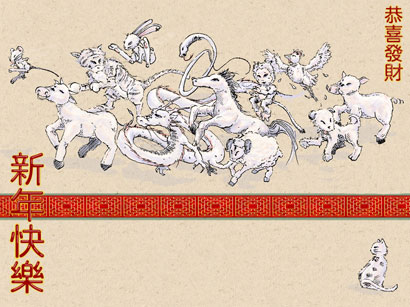 All the animals were very excited and the news spread rapidly. On the day of the race all the animals gathered at the bank of the river. Rat, although the smallest animal in the zodiac system, won the race. It would seem rather unlikely that such a small animal would win this race, don’t you think?

Well, Rat, although very small and not a good swimmer at all, used his brain and played a little trick! He convinced Ox that together they would have a better chance of winning. Ox being very strong and Rat gifted by a marvelous sight would be a winning team. So, Rat hopped on the back of Ox.

When they neared the other side of the river however, Rat quickly jumped ahead and was named first animal of the Chinese zodiac, followed by Ox, who came in second.

Tiger claimed third prize. Although it was difficult to cross the river, Tiger made it thanks to his strength. Following closely was Rabbit, who had crossed the river by jumping from one stone to the other.

Dragon, who was expected to finish first, had to stop to make rain to help all the creatures on earth and came in fifth place.

Then, a galloping sound was heard and Horse arrived.

After that, Goat, Monkey and Rooster reached the shore. By working together they were able to cross the river. Very satisfied by this teamwork, the Jade Emperor assigned Goat as the 8th animal of the cycle, Monkey as the 9th and Rooster as the 10th.

Dog became the 11th animal, since he couldn’t resist to play a little bit longer in the river before crossing it.

Finally, the last to arrive was Pig. He got hungry during the race and stopped to grab a quick bite, but fell asleep afterwards.

And this is how the Chinese zodiac was formed.

The Story About Cats And Rats And Why They Don’t Get Along … At All!

Cat and Rat were the best of friends, the kind of friends that spends almost every waking hour together. Both were very excited about the news of the great race and immediately started to make plans to cross the river.

On the day of the race, Cat wanted to take a little nap before partaking in the race, since it would ask a lot of effort and would therefore be very exhausting. Winning this race, however, was the only thing Rat could think about. So, instead of waking up Cat, Rat silently sneaked out and spurred to the shore of the river.

After enjoying his splendid nap in the sun, Cat woke up to discover the race was already over and Rat had finished first. He was devastated and furious at the same time and swore to hate Rat forever.

That is why Cat chased after Rat…and cats all over the world nowadays still do.

Chinese Zodiac Animals – Which One Are You? 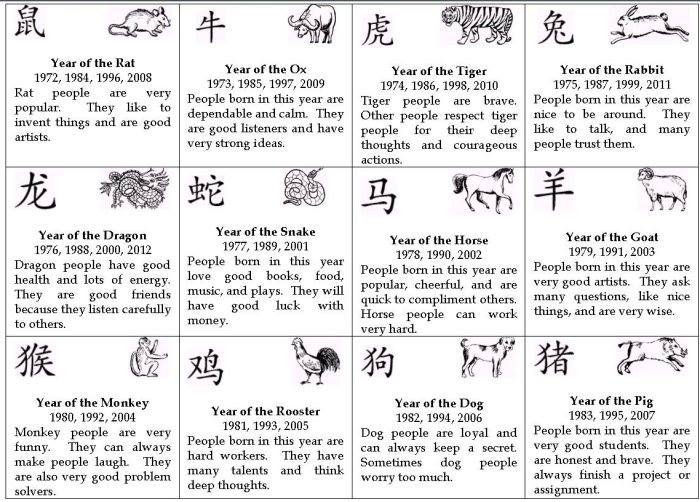